The second dream vision of Enoch begins with the origins of the human race in the words:

1. And after this I saw another dream, and I will show the whole dream to thee, my son.

2. And Enoch lifted up (his voice) and spake to his son Methuselah: ‘To thee, my son, will I speak: hear my words–incline thine ear to the dream-vision of thy father.

3. Before I took thy mother Edna, I saw in a vision on my bed, and behold a bull came forth from the earth, and that bull was white;

and after it came forth a heifer,

and along with this (latter) came forth two bulls, one of them black and the other red.

4. And that black bull gored the red one and pursued him over the earth, and thereupon I could no longer see that red bull.

5. But that black bull grew and that heifer went with him, and I saw that many oxen proceeded from him which resembled and followed him.

6. And that cow, that first one, went from the presence of that first bull in order to seek that red one, but found him not,

and lamented with a great lamentation over him and sought him.

7. And I looked till that first bull came to her and quieted her, and from that time onward she cried no more.

8. And after that she bore another white bull, and after him she bore many bulls and black cows.

Seth becomes great and bears children who resemble him.

and from Him proceeded many white bulls, and they resembled him.

And they began to beget many white bulls, which resembled them, one following the other, (even) many.

The Book of Genesis is confirmed in Chapter 85 of the Book of Enoch.

Enoch’s vision confirms the Genesis 2: 7 account that humans came from the earth:

… the LORD God formed man of the dust of the ground, and breathed into his nostrils the breath of life; and man became a living soul.

What is the EARTH from which Adam and Eve were created?

To understand fully, we must compare Enoch 85: 3 with Genesis 2: 7 which says that God formed Adam from the DUST of the GROUND.

The word morter is the best synonym for DUST in Genesis 2: 7. I made this inference because Genesis 2: 7 says that Adam was formed from dust.

Morter or mortar is a workable paste that is used to bind, cover and seal building blocks.

Materials that can be made into mortar include pitch, asphalt, and soft mud or clay (Wikipedia, 2021).

I believe that Adam and Eve were formed from ClAY and not any old loose dust. The scriptures confirm this belief too.

Levicicus 14:45
And he shall break down the house, the stones of it, and the timber thereof, and all the morter H6083 of the house; and he shall carry them forth out of the city into an unclean place. 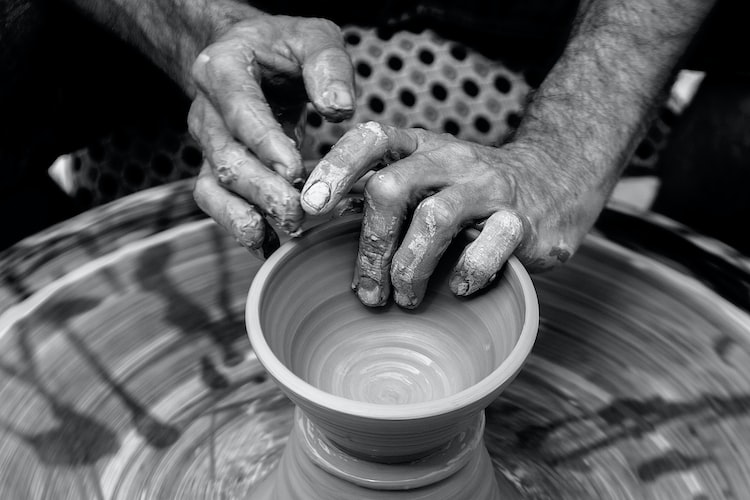 The scriptures clearly say that humans were formed from clay.

Job 33:6
Behold, I am according to thy wish in God’s stead: I also am formed out of the clay.

The scriptures infer that humans were formed from CLAY

The inference in scriptures that humans were formed from clay is possibly why it is one of the greatest literature books on the earth. This message is woven into the scriptures through different pictures, like a puzzle.

Here are texts in which humans are compared to clay and God to the potter who formed that clay:

Job 10:9
Remember, I beseech thee, that thou hast made me as the clay; and wilt thou bring me into dust again?

Job 13:12
Your remembrances are like unto ashes, your bodies to bodies of clay.

Isaiah 29: 16
How foolish can you be?
He is the Potter, and he is certainly greater than you, the clay!
Should the created thing say of the one who made it,
“He didn’t make me”?
Does a jar ever say,
“The potter who made me is stupid”?

Isaiah 45:9
Woe unto him that striveth with his Maker! Let the potsherd strive with the potsherds of the earth. Shall the clay say to him that fashioneth it, What makest thou? or thy work, He hath no hands?

Isaiah 64:8
But now, O LORD, thou art our father; we are the clay, and thou our potter; and we all are the work of thy hand.

Jeremiah 18:6
O house of Israel, cannot I do with you as this potter? saith the LORD. Behold, as the clay is in the potter’s hand, so are ye in mine hand, O house of Israel. 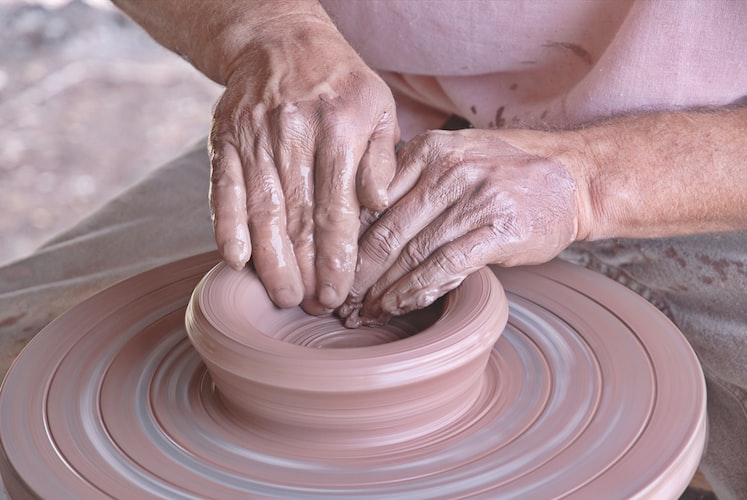 The Hebrew word formed h3335 in Genesis 2: 7 tells us that humans were created from clay

Yāṣar is the Hebrew word used for FORMED in Genesis 2: 7. When we read the scriptures in which it is used, we see that God used His hands to make and fashion Adam and Eve.

Synonyms used for formed in Genesis 2: 7 also show us that God the Potter formed humans from clay. The scriptures are overwhelming in comparing God to a Potter:

Compare Psalm 94: 9 with Jesus using clay to recreate eyes in an eye in an unusual and amusing miracle.

Jesus reproduced a creative miracle in this text. He functioned in the role of a POTTER when he moistened the clay of the ground with his spit.

He then anointed the blind man’s eyes, forming the eye into a seeing structure. Now, the miracle is complete, but the man had to remove the clay in order to see.

This is why Jesus sent him to the pool to wash his eyes. He is the Potter indeed!

John 9:6
When he had thus spoken, he spat on the ground, and made clay of the spittle, and he anointed the eyes of the blind man with the clay.

John 9:11
He answered and said, A man that is called Jesus made clay, and anointed mine eyes, and said unto me, Go to the pool of Siloam, and wash: and I went and washed, and I received sight.

John 9:14
And it was the sabbath day when Jesus made the clay, and opened his eyes.

John 9:15
Then again the Pharisees also asked him how he had received his sight. He said unto them, He put clay upon mine eyes, and I washed, and do see.

Black people in the bible.

Adam Was A Black Man – In Honor Of God The Creator.

Black history in the bible.

The dream visions of Enoch.

Visions in the Book of Enoch

Dream in the Book of Enoch.

Dreams in the Book of Enoch.